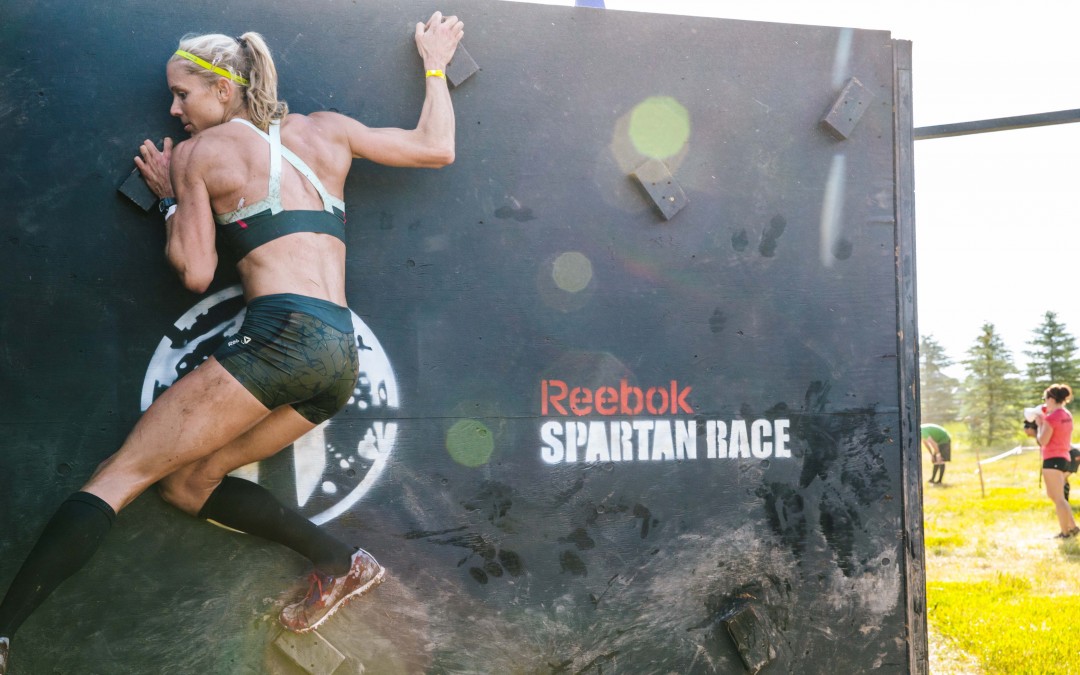 You’re well known in OCR circles. What made you drawn to the sport?

I loved how no two courses were exactly the same. I’d never really gotten into road races because it seemed to be the same thing over and over again. When I saw how every course was different in OCR – different obstacles, different terrains, I was immediately interested. It was such a cool mix of speed, strength and endurance, so it was a challenge to train for. Where do you see the sport evolving in 3-5 years?

As it grows in popularity, I think you’ll see more specialization in terms of course length. Right now, to be at the top of the sport, you need to be solid across all distances – from 3 mile sprints to 15+ mile courses. But you are starting to see people gravitate towards one type of course, and focus on that. As it becomes more popular, more and more popular may one to focus on just one type.

You’re famous for fueling with Poptarts & Ketchup. Any other tricks or offbeat solutions to common issues: fueling, discomfort*, energy that people might not know about?

HA! …Just to be clear – Pop-Tarts and ketchup are my favorites, but not together. I’m not big into pre-workouts, but I’m a firm believer in the power of beets, so I use a product called BeetElite religiously (don’t be afraid when it turns your pee reddish!). I don’t really like taking Advil, but I use a LOT of turmeric, fish oil, and other natural anti-inflammatories (turmeric tea is the best!)

I'm happy to see that Pop-Tart socks ALMOST won out. You guys know what you like. 😁 Cheers to 2015! #2015bestnineinstagram

I also believe in a LOT of mobility and body work. It doesn’t have to be fancy – self-myofasical release for a few minutes a day on problem areas is enough. I get acupuncture when I can, I sit in an epsom salt bath on almost a nightly basis, and if you’ve never tried a sensory deprivation tank (“floating”), I highly recommend it.

What do you like to do when you’re not fitnessing? Well, if I’m not fitnessing, I’m usually lawyering (I’m a full-time corporate attorney). But in my other copious amounts of free time, I’m a HUGE WWE and professional wrestling fan (and I’m not ashamed to admit it). I also have an extensive background performing in musical theatre, college a cappella, and show choir, so I love Broadway shows, and belting out show tunes in the car.

What are your goals for this 2016 season? “Crushing it” is a totally acceptable answer.

For the first half of the year, I’m going to focus on ultra running. I was fortunate enough to qualify for Western States, the oldest and most prestigious 100 mile ultra marathon int he US, so I hope to not make an ass of myself there. That’ll be a new adventure for me in ultra running. After that, I’ll turn and focus more on OCR. In OCR, I’d love to capture a second Spartan Race World Championship title. And go for a fourth World’s Toughest Mudder crown? A girl can dream. I’m looking forward to competing in OCR World Championships for the first time as well (injury and moving cross-country has kept me away from it).

What was your first experience with RockTape?

I sprained my ankle a few years ago, and someone did the edema application on my ankle – I was amazed the following day how much the swelling had gone down, and you could even see the decrease in bruising around the lattice shape of the tape. It was rather awesome!

Many people are skeptical about RockTape. What would you say to them? I think skeptics have a general misconception of what RockTape is and isn’t supposed to do. RockTape isn’t meant to reattach your completely dislocated shoulder or enable you to run on your torn ACL. But for the little niggles and nagging injuries, the proprioceptive feedback that RockTape supplies is invaluable. For example, like so many runners, I’ve struggled with inactive glutes. Taping my glute med encourages me to be mindful of engaging it while running, for example. Or I’ve dealt with posterior tibilias tendonitis – RockTaping can provide a bit of support to prevent the foot roll and to take load off the tendon.

If you could slap anyone on planet earth with no repercussions, who would it be and why?

Any athlete who dopes. You are not only ruining your integrity, you are disrespecting your fellow athletes and casting a cloud over an entire sport. It’s just not worth it.