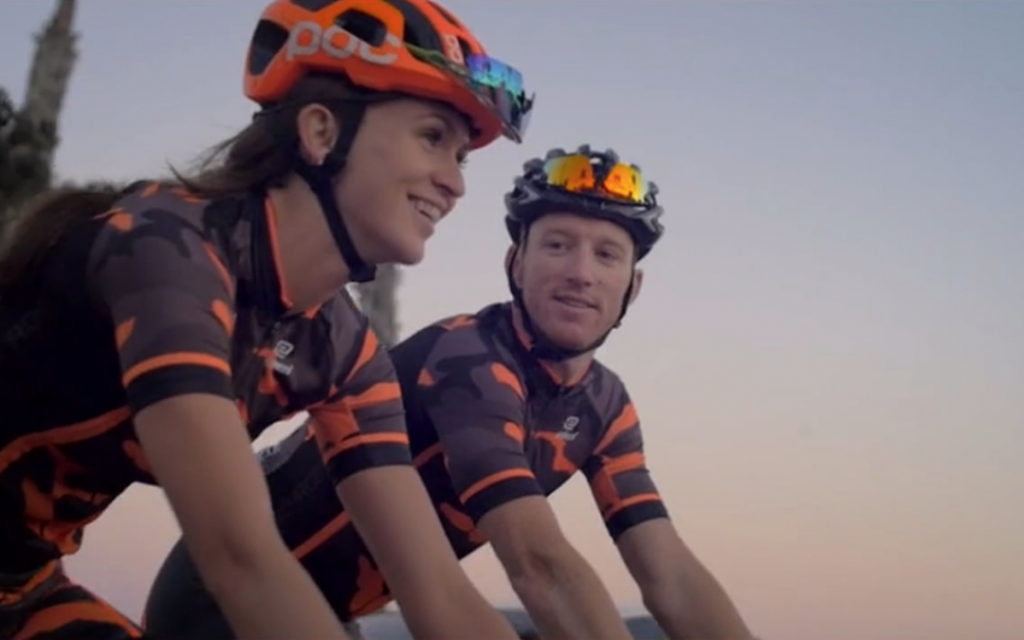 Tell us about yourself.

I’m a Paralympic cyclist. I raced mountain bikes when I was younger, before having a limb-lengthening surgery go awry and left me with muscle atrophy, bone-on-bone at the ankle, low ankle flexion, low bone density, knee discomfort*, hip discomfort*, foot discomfort*, scarring, and my legs are still off about an inch or so in length.

Tell us about your first experience riding a bike.

I was six when I first got on a bike, riding to and from school with my dad. Rides turned into longer rides along the Coastal Trail in Alaska, discovering Kincaid Park, purchasing my first mountain bike, joining the Arctic Bicycle Club, and dreaming of becoming a professional mountain bike racer as I zipped through the trails of Kincaid Park on Tuesday nights at the age of nine. How did you qualify for the Paralympic Games?

I qualified for the Paralympic Games at the Paralympic Trials, July 2nd, with a time trial. My time put me on the ranking list high enough to punch my ticket to Rio.

What has been your toughest obstacle in your Road to Rio?

In May of 2015, I got hit by a car. A man ran a red light and I didn’t see him coming because a car blocked my peripheral view. Thankfully though, the car that blocked my view also caused the driver that ran the red light to step on the brakes and hit me at a decreased speed. Unfortunately for me though, I ended up with a concussion, sprained sternoclavicular joint, shoulder discomfort* and twisted vertebrae in my neck. As a result, I was focused to go through weeks of vestibular rehab and take a month off the bike before being allowed to ride the trainer for another two weeks. I was cleared to train with three weeks until the 2015 UCI Para-cycling Road World Championships in Switzerland and the 2015 ParaPan Am Games in Toronto, Canada. It was the toughest obstacle on my Road to Rio because it was a huge setback for me. I had been working hard and making sacrifices all towards improving since I started riding again, and even more when I found para-cycling and became a part of the national team. Hard work that helped me win the ParaPan Am Games selection race and my first Para-Cycling National Championships in the road race and time trial. A lot of hard work was taken away due to negligent driving. What do most people not realize about training/conditioning/rehab for para-cycling?

Most people do not realize is the level of the riders that compete in para-cycling are at. Most para-athletes train like able-bodied professionals. The only difference is that para-athletes have to make special adaptations to make their bike and body work together as one in order to produce the power required to be competitive. Para-cyclists from all over the world not only compete in para events, but some also race full time as professional able-body racers. With that being said, training is a very important piece of the puzzle. Because most para-cyclists suffer with some sort of physical aliment though, rehab is part of the daily routine following training.  The rehab and the prehab is the only way most can get back on the bike and out to train the next day. I myself have knee and ankle discomfort* so I use a lot of RockTape to keep my muscles and joints healthy, as well as getting massages on a daily basis. To the general public it may look inspiring, but we still wake early, ride in poor weather, deal with discomfort*, miss out on family get-togethers and push ourselves past our limits because we’re competing for a spot on the Paralympic team. What are your greatest achievements as a cyclist?

My greatest achievements as a cyclist would be the two bronze medals I won in the 2013 and 2014 respectively at the UCI Paracycling Road World Championships time trial, the gold medal I won in the 2015 ParaPan Am Games road race, and the first time I became the Paracycling National Time Trial Champion in 2015.

What are you most proud of?

The person I am today.

Who has been your sports hero?

I admire many, for many different reasons. I also like rooting for the underdogs. But the first time I had a chance to talk to Kristin Armstrong I did get starstruck and too nervous to say anything!

What do you do when you have free time?

I take online classes through DeVry University and, sometimes work. Graphic design and DIY projects too. As well as cook, I love to cook.

What are your guilty pleasures?

If you could only eat one thing for a month, what would it be?

Burgers. The possibilities are endless!

Do you have any recovery routines? What products do you use?

After a quick shower, I have a protein shake with protein powder from APX [Sport Drink]. I then do some sort of massage or stretch and foam rolling. I pay more attention to sore areas, and reapply RockTape. If I’m really sore, I try and schedule a massage. Then I have lunch, another cup of coffee, and then get started on school work and/or work, run errands and plan dinner. My husband, another cyclist, taught me the value of recovery early on in our relationship. So I try to stay off my feet as much as possible and listen to my body for what it needs in regards to nutrition, mental and discomfort*-management. How did you find out about RockTape?

I first learned about kinesiology tape at a Team USA race in 2013. It was great and I could see the benefit of using it, but that brand of tape just wasn’t cutting it. I did research and happened to come across RockTape. Once I got my hands on a roll and used it with the help of RockTape’s tips and guides, I fell in love. I’ve been using it since; if I could tape my whole body I would.

How do you use tape? How do most cyclists use tape?

Mostly as a knee brace for my right knee. It provides support, yet the ability to remain mobile; it causes the muscles around it to be used and strengthened as well. I’ve also used it for fatigued muscles, especially my left quad when residual discomfort* flares up. I’ve also used it to help with my posture, strengthen my shoulders, help alleviate neck strain, stabilize my ankle, loosen up a tight Achilles, help my hamstring function properly, and lessen lower back discomfort*. I can also use it to reduce swelling and get rid of bruises in less than two days.

15-20 hours on the bike per week doing various specific interval work to long rides and the occasional leisure ride. I also put in time at the velodrome and race on the weekends, as well as additional core and body work off the bike.

What do most people not know about you?

When I was little, I used to pretend I was a Spice Girl – Sporty Spice, of course – and dance around the house singing along to “Stop,” “Spice Up Your Life” and “If You Can’t Dance.”

» Para-Cyclists Embrace Competition, Being Role Models
» Athletes Have Strong Showing At The 2016 U.S. Paralympics Cycling Time Trial
» Eighteen athletes nominated to the U.S. Cycling Team who will compete at the Rio 2016 Paralympic Games