What’s Next in the Olympics? RockTape & Competitive Climbing #RockTokyo 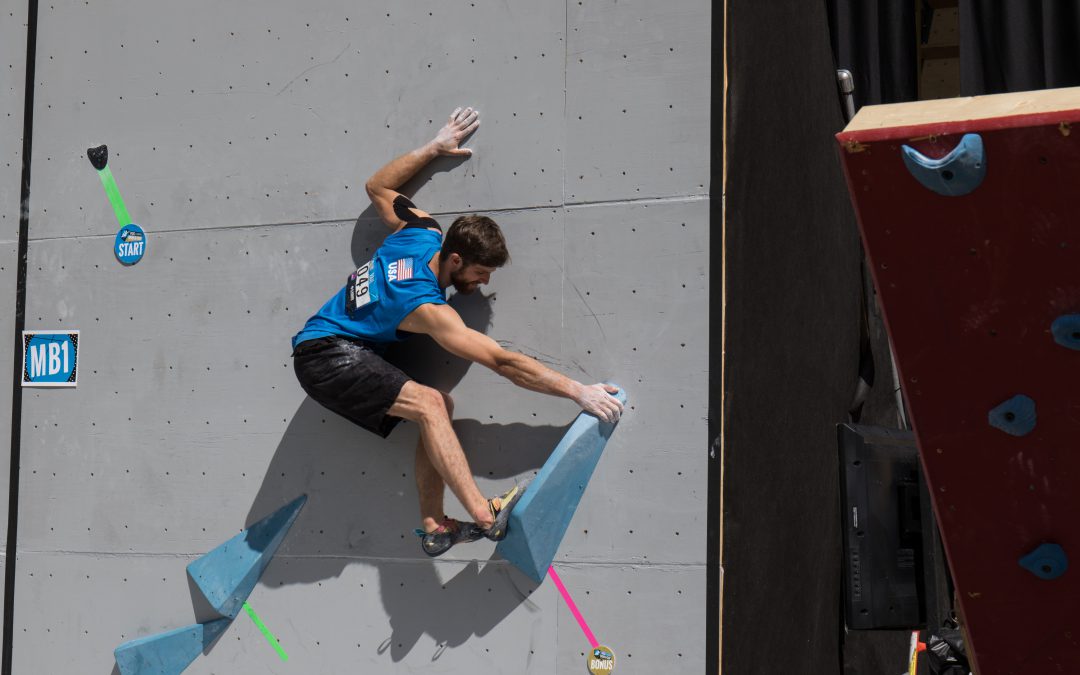 According to the IOC, Baseball/Softball, Karate, Skateboarding, Climbing, and Surfing will be added to the sports program for the Olympic Games in Tokyo 2020.

RockTape chats with Will Anglin, CPT at Earth Treks Climbing Centers in Golden, Colorado to discuss what this means for the sport.

“What the IOC is looking at for the Olympic Games is a combined format of bouldering, sport, and speed. The way it is set up now, the IFSC has a Bouldering World Cup season and a Sport and Speed World Cup. While some athletes compete in all disciplines, they have traditionally had their own seasons. An extremely small handful of people are even able to be competitive in multiple disciplines even when the seasons are fairly separate. Combining all the formats together is something that many of the top athletes in each discipline are not particularly excited about. If climbing makes it into the Olympics in a combined format, it has the potential to change competition climbing in a big way. Hopefully, either climbing won’t make it into the Olympics in a combined format, then makes another bid for separate formats, or, it makes it in as a combined, proves itself as an Olympic sport, then is allowed to separate the disciplines next time.

Since a combined format is something that doesn’t exist in a serious way within the structure of USA Climbing at this point, I’m not really sure how an Olympic team would be selected.”

23rd in my first World Cup. 3 spots out of Semifinals. It was good to get a feel for the comp and to know where I need to be strength-wise to do better. I'm really motivated for next year! Now I get to ignore plastic all summer and get lost in the talus. @tensionclimbing @scarpana @asanaclimbing #ifscwc 📷 @jonglassberg

Would you tell us a little bit about your background? How long have you been climbing competitively?

I started climbing on the youth team at Earth Treks Climbing Center in Maryland around 2001 when I was 13 years old. I had played other sports before started climbing (hockey, baseball, basketball, soccer, lacrosse, and wrestling), but afterwards I dropped everything to focus on climbing. I competed consistently for a few years in youth climbing competitions, but pretty much stopped by the time I was 16. When I stopped competing I focused mostly on climbing outside and learning about other climbing disciplines. I started coaching competitive youth climbers in 2007 and continue to do so at the Earth Treks gym here in Golden, Colorado. After moving to Colorado with my wife in 2013, I decided to get back into competitive climbing as a way to better understand the mental and physical struggles of a competitor in order to help me better coach other climbers. After competing in the USA Climbing Bouldering Nationals in 2015 I found that I was actually having a great time competing again and decided to continue pursuing competition climbing.

How might one qualify to climb in the Olympics in 2020?

That will be up to USA Climbing and the IOC, but I imagine it will revolve around the current USA Climbing Nationals schedule. Bouldering, in a broad sense, is climbing “problems” or routes on a wall or boulder that is short enough to be protectable by pads instead of requiring a rope for safety. As bouldering pads have gotten better, the hight of something that can be considered a “boulder problem” has increased to the point where some problems seem to be more like “free soloing”, which basically means that you die if you fall. Most bouldering happens on boulders or cliffs anywhere between 8 and 20 feet, which is actually relatively safe with the proper experience.

Competition bouldering takes place on artificial walls at either indoor or outdoor venues. In each round of competition the climbers are given a time limit in which to complete a series of boulder problems that are meant to test the many different physical, mental, and technical aspects of climbing. As competition bouldering has evolved over the years it has begun to incorporate many movements that represent exaggerated forms of climbing movements typically found outside. This not only creates an interesting spectator experience, but these exaggerated techniques have helped push climbing technique forward and helped todays climbers visualize new solutions to previously unclimbed rock features.

Who has been your hero of your sport?

For climbing in general, the German climber Kurt Albert has always been my favorite. He is credited with helping develop the term and practice of “redpointing” or rehearsing and eventually climbing a section of rock without the aid of gear for upward motion (gear is only used to protect a fall). He was an incredible all-around climber with ascents of hard sport routes and big committing walls in Patagonia. My favorite quote of his is: “Give me a new body, motivation I don’t need.”

As a competitive climber my hero has been Rustam Gelmanov from Russia. He climbs with a calm and intense focus that I’ve never seen from another climber. I’ve been practicing this for years and I’m not even close, haha! He also just had a daughter and repeated what is considered to be the hardest boulder problem in the world. As a married guy myself, I am always inspired by those who manage to balance work, family, and climbing.

What do most people not realize about training/conditioning for your sport?

Many people over-prioritize strength training too early in their climbing career. For the first few years it is important to “practice” climbing rather than “train” for it. Climbing is incredibly complex and nuanced, being “strong” isn’t enough and is a good way to get yourself injured.

What are your greatest achievements as a climber?

I’ve had two serious shoulder surgeries and a bad finger injury that kept me from climbing for almost a year each. Each time I started climbing again I had to build back up from a very beginner level. Not giving up after so many serious injuries and being able to climb again and push myself to be better and better is easily my most valued climbing achievement. What are you most proud of?

I wouldn’t say I am very proud of anything I’ve ever done.

What do you do when you have free time?

When I am not climbing I am working at Tension Climbing, a company I started with my good friend Ben Spannuth, shaping climbing holds for the Haptic wing of Kilter Climbing Grips with the master Ian Powell, route-setting and coaching the competitive youth climbing team at Earth Treks in Golden, CO, and working with personal training clients.

What are your hobbies?

I haven’t had much time for hobbies lately, but I dabble with playing stringed instruments (mostly mandolin) when I have down-time.

If you could only eat one thing for a month, what would it be?

Egg white omelettes with greens, nutritional yeast, and hot sauce… It’s good for me and I actually like it. I’m lucky.

Do you have any recovery routines? What products do you use?

When I have time, my best recovery weapons are food and sleep. When I can’t sleep enough I have to pay careful attention to how much I train and climb or I get sick. Most of the products I use are for the skin on my fingertips. I use a combination of products from Rhino Skin Solutions and Antihydral to help heal and harden the skin so I can climb more. I almost always have to stop climbing because I wear my fingers down to blood, not because I’m tired. I actually started Tension Climbing partly so I would have wooden holds to train on in order to save my skin for climbing outside and in competitions.

How did you find out about RockTape?

I read a lot of sports physiology journals and have been following the development of kinesiology tape for a number of years.

How do you use tape? How do most climbers use tape? Relaxing on a ledge 1,000ft up in the Black Canyon. Photo by Greg Wingate

I have been having some intense soft tissue work done at Total Heath Solutions in Golden, CO to help correct issues I have developed from my multiple shoulder injuries/surgeries as well as the general wear and tear from climbing so much. My doctor has been applying RockTape to help me recover from sessions, reduce soreness/bruising, and also to provide some postural feedback.

I have also used RockTape as a way to apply therapeutic compression when I have inflammatory issues in my fingers.

My training consists mostly of structured climbing sessions where I focus on certain physical, technical, or mental weaknesses. I supplement that with campus boarding, hang boarding, and a few strength training exercises.

What do most people not know about you?

As much as I have climbed other places, I have probably climbed more vertical feet in the Black Canyon of the Gunnison as a trad climber than I have anywhere else. Most people know me as a boulderer, but The Black is my happy place. I look forward to going back to trad climbing and applying the skills I have learned bouldering to bigger objectives.