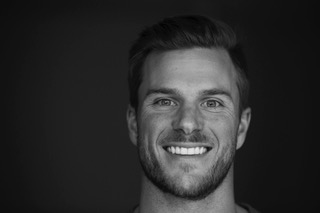 Dr. Reid is a chiropractor whose passion is to restore and improve qualities of movement of not just the athletic population, but anyone he sees. Reid earned his Bachelor of Science from University of Minnesota – Duluth where he then followed his passion onto Northwestern Health Sciences University to pursue a Doctorate in Chiropractic. While attending Northwestern, Reid was fortunate to be chosen for the Medical Staffing of the World Sport Games in Lignano, Italy which kick started his infatuation with sports chiropractic. The day immediately after graduating Reid packed up his wife and dog in a car and moved down to Golden, Colorado. It was there that Dr. Reid was able to hone is experience and gain even more knowledge of movement patterns, corrective exercises, hands-on techniques, and so much more within the athlete population.

Now, Dr. Reid owns and operates Minnesota Movement, a clinic in Excelsior, Minnesota. It is here that Dr. Reid fulfills his role in the community of ensuring that no athlete or person has a reason to skip a work out, bike ride, game, round of golf, day with their kids, or any activity due to an injury or discomfort*. Reid preaches the good word to anyone who will listen that; if you move – you’re an athlete.

Reid is a self-proclaimed “jack of all trades, master of none” when it comes to athletic endeavors and loves golf, skiing, snowboarding, hiking, hockey, wakeboarding, waterskiing, fishing, and hunting. Much to the dismay of his wife, he even plays the guitar, tries his hand at woodworking, and has been known to shoot photos for friends/families weddings too. All that said, Reid is more than content just taking a walk with his wife, their son Bo, and their Golden Retriever, Pete.