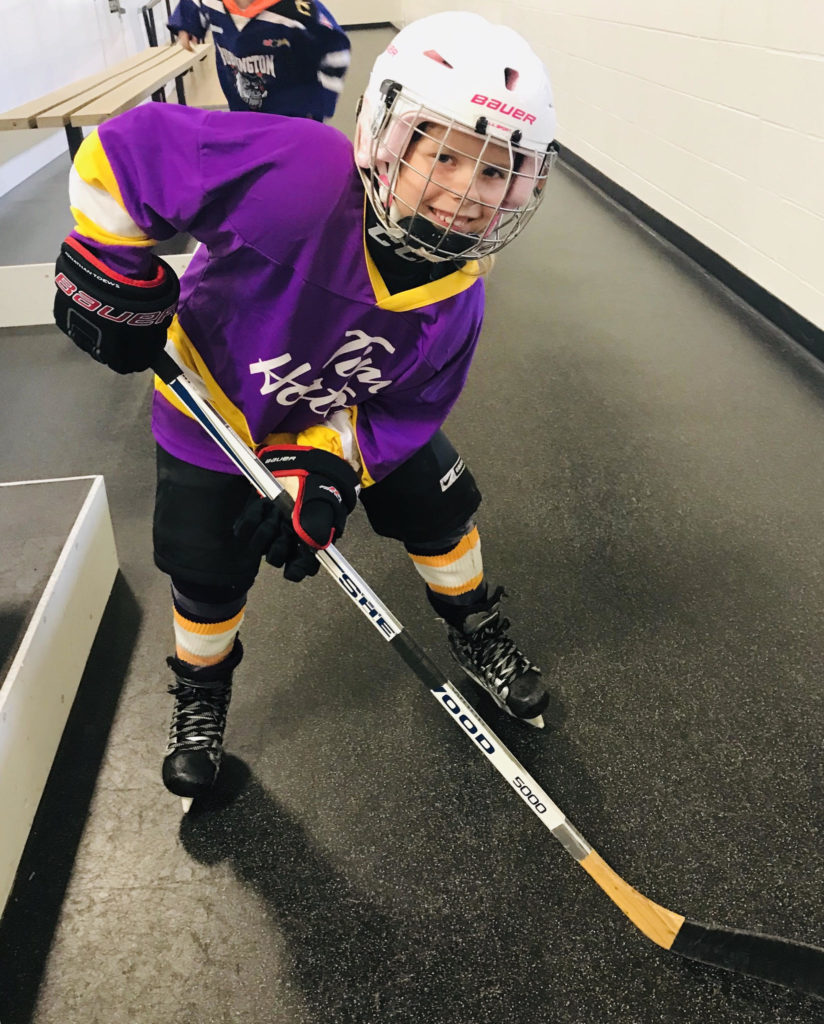 We attended a University women’s basketball game last weekend and it’s left quite the impression on my six-year-old daughter.  As with most post-secondary sports, we were able to get up close and personal, right at the edge of the action, where you have to keep your head up and pay attention so as not to find a wayward ball headed your way.  The game was fast, the athletes impressive, but it was the effect it had on my daughter that’s gotten me the most excited.

My family attends many, many sporting events throughout the year.  My husband and I are huge sports fans and we want to pass along that love of the game to our children and expose them to all of the benefits that athletics have to offer.  However, I’m hyper-aware of the fact that the vast majority of events we attend showcase male-only competitors.

The world is already set up to make boys into athletes.

You may ask why I’m focusing this post on only her in relation to sport.  Well, that’s an easy explanation: because the world is already set up to make boys into athletes.  Now, I’m most certainly a feminist (or more accurately, an equalist), but I’m not burning my bra while I write this, I’m simply stating a fact.  “I’m going to win the World Series when I grow up,” she says while we watch baseball, “I’m going to win the Stanley Cup,” she says while we watch hockey.  I smile, I encourage, I tell her she better give her mama front row seats.

I don’t tell her that pro-sports are nearly exclusively male, that female athletes are often sexualized for their femininity or criticized for their masculinity, or that the solo nine-year-old girl at my son’s hockey practice gets lumped into “boys, let’s hustle.”  I think about aspirations of female athletes; College scholarships, Olympic Games, sponsorships.  I think about how Title IX started to change the culture of sport when I was growing up.  I think about how if I had to do life over again, I would be a sideline reporter and eat/sleep/breathe the ups and downs of sport even more than I do now.  I think about how I can foster her passions, teach her to think outside of gender boundaries and to use fitness and sport as a way to gain health and friendships, mental clarity and strength, energy and joy.

And a good way to do that is to show her females in sport.  After all, if she can see it, she can dream it.  And dream it, she has.