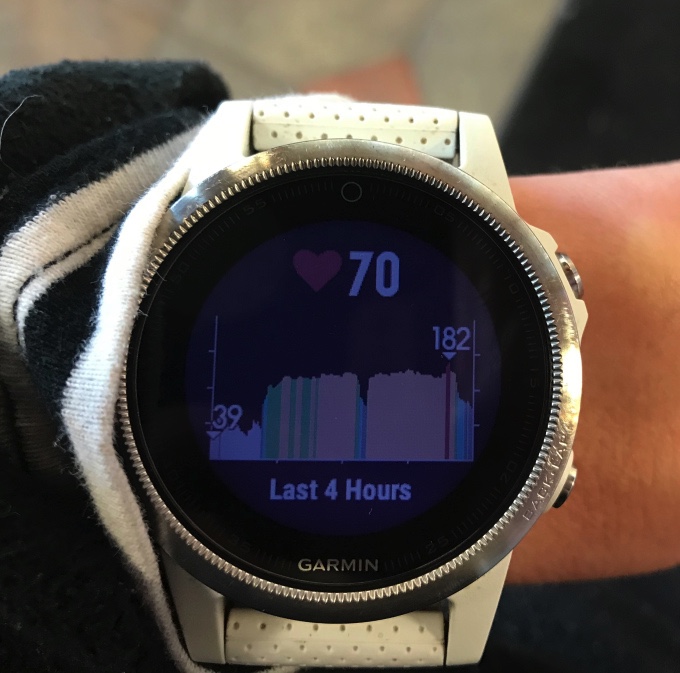 My mama guilt has been running high as of late, pun intended.  You see, for the past few months, I’ve been focused on several running goals: first up is an early Spring half-marathon, then a few 10ks, followed by the pinnacle of my running year, November’s New York City marathon.  The last full marathon I ran was in 2007, but since then, running has been bumped down my priority list.

But now, twelve years and two kids later, it’s been bumped back up.

My kids are a bit older, and we’re beyond the all-consuming baby/toddler stage, so I’ve had the time to rekindle my love affair with my sport.  For the last couple of years, that’s meant mostly solo miles, with the highlight of one tricky-to-schedule run per week with a dear friend, Michaela.  Our ultimate goal was to meet the time-qualifier standard for NYC, but as the cold weather and dark mornings began to descend upon us, I felt my mid-week solo run motivation waning.  So, last November, I joined a new training group, and it’s been a game-changer.

This group does their long runs on Sunday mornings.  Although this is nothing new for me, the difference is that my long run used to hover around 15km, but for the past training season it’s been almost twice that.  More mileage means more time required, and my quick-run-while-my-children sleep Sundays have been put aside for the last number of weeks; this has tipped my balance.

Balance is a fine line that I tiptoe along, often trading sleep for other priorities.  I’m sure many of you are in the same boat.   And so, with minimal family disruption, the bonus being other like-minded people who think it’s normal to get up before 5:00, my alarm clock rings at 4:45am on Tuesdays and Thursdays; my run is done and I’m back home before the rest of my house wakes.  The same can be said for my 6am 10k on Saturday mornings.  But as my Sunday group long runs have progressed in distance, I’ve had to rally my village.  My husband has been on his own for breakfast duty and hockey practices, for transporting kids and mobilizing sleepy children into cold vehicles.  My father-in-law has helped juggle back-to-back practices for two kids on two ends of the city and my neighbor has stepped in to carpool when other plans fell through.  The village for my children has become the village for me.

Guilt at missing kid’s activities.  Guilt at putting it all on my husband’s shoulders.  Guilt at asking for help.  Guilt at doing something that’s all for me.

Joy at doing something I love.  Joy at running times that seemed impossible only months ago.  Joy that my children see me value my health and my fitness and myself.

Joy that I didn’t quit when it got tough.