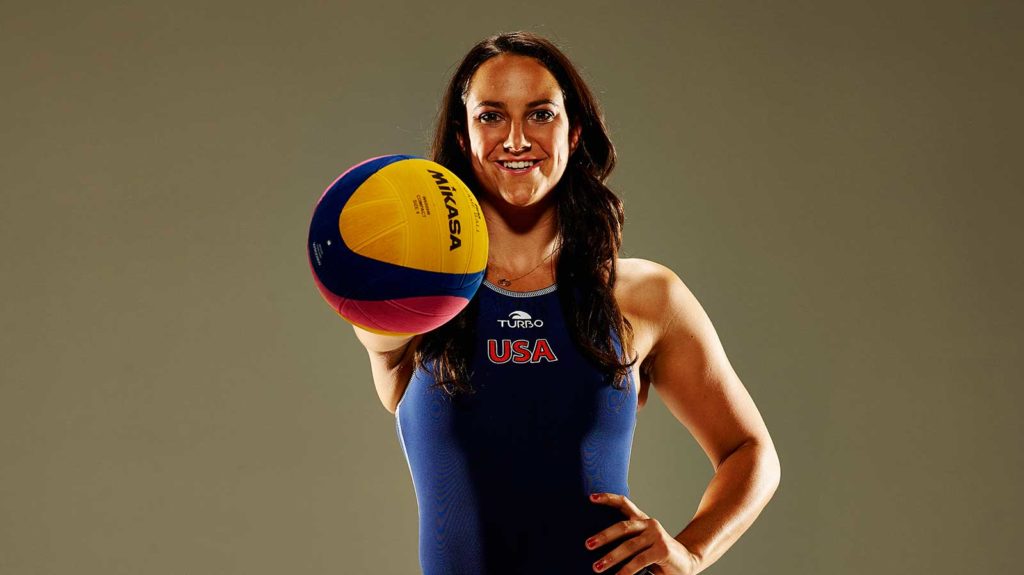 Meet Maggie Steffens, a two-time Olympic gold medalist whose passion for water polo runs deep. So deep, in fact, that it can be traced to her father’s own accomplishments in the sport – you could say that water polo is in her blood. Read on for a closer look into what drives this Olympic athlete both in and out of the water.

How it all Began

Steffens, a California native, is the youngest of four children. Her father, hailing from Puerto Rico, also fell in love with the noble sport of water polo at an early age and went on to become a 3-time All-American at the University of California, Berkeley. Even though Maggie first “officially” started playing water polo at age eight, she fondly recalls playing with water polo balls at a much younger age similar to how one would play with a soccer ball or basketball. 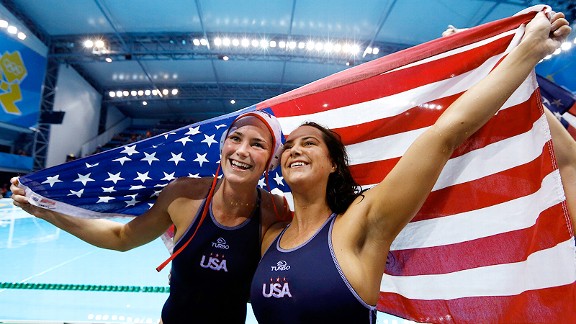 Steffens dabbled in other sports as well (including soccer, gymnastics, swimming, and dance) but states, “water polo was the one that really felt like home.” The Steffens household’s collective love of sports, including backyard water polo scrimmages in particular, served to teach young Steffens the ropes “without [her] even knowing.” Steffens left home at the tender age of 16 to begin her national training and pursue Olympic gold.

The Life of an Olympian

Like most professional athletes, Maggie Steffens’ days begin bright and early and end with a good night’s sleep. From weight training to water conditioning, to polo scrimmage and recovery, Steffens spends roughly 10 hours per day perfecting her sport. From pre- to post-performance and everything in between, bands, blades, sauce, and kinesiology tape are all integral parts of Steffens’ training and recovery regimen.

For Steffens, taping her shoulder blade and rotator cuff on training and/or travel days goes a long way towards improving her overall endurance levels. “[RockTape] truly helps my body to be the best it can be,” she says, often donning RockTape’s “comfy sweatshirts” on the road.

Steffens takes great pride in the names she represents. The American Olympic MVP’s namesake is synonymous with giving it all – whether that be “as a person, a daughter, a sister, a student, a friend, an athlete [or] a leader.” The Stanford alum takes great pride in representing Team USA as “the best country in the world” and looks up to her siblings as role models. She recalls winning Olympic gold with her older sister as “the most magical moment” she had ever experienced. Another profound moment for the water polo star includes meeting Mia Hamm a few years ago; Steffens was “speechless” having met her childhood idol. And, like every other California Bay Area sports fan, Steffens roots for the Golden State Warriors and would love to meet point guard Steph Curry. Another great athlete she’d love to meet? FCB forward Lionel Messi.