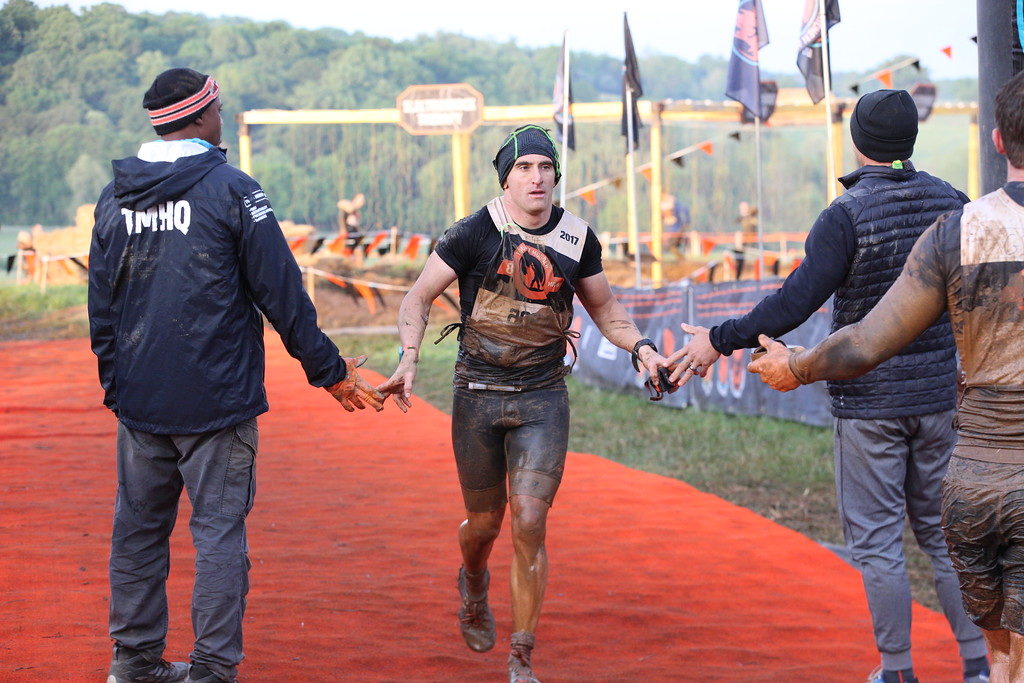 Evan Perperis went from being a young child thinking he didn’t have any athletic ability to being an active duty member of the US Military who excels in extreme Obstacle Course Racing in his free time. It’s incredible what a confident mind and perseverance can do!

Tell us about yourself and how you got started in OCR.

Growing up I was never very good at any sports.  If you’ve ever seen ABC’s The Goldbergs, I’m literally a clone of the nerdy main character Adam from the show.  However, I was a Boy Scout growing up, which led me to a career in the military.  In order to pass military training, I started training regularly in both running and weight training.  Since I was relatively slow and not very strong, I always felt like I had to work hard to keep up with others.  This hard work multiplied by consistency brought me to where I am today.

Not being very good meant I would constantly switch sports every couple of months over a decade of training, including running, natural bodybuilding, triathlon, powerlifting and ultra-running.  Little did I know I was building a large base of training and versatility that would help me once I found Obstacle Course Racing (OCR).  Over a decade after I ran my first marathon, I finally relented to one of my friends and ran an OCR after he had been telling me I would love it for years.  A year later I finished my first 24 hour race, World’s Toughest Mudder, where I finished 13th. I was hooked from that point forward and have never looked back.

Describe your OCR experiences and why you are involved in them.

OCR has allowed me to train both endurance and strength, making it a unique sport where both attributes are valued highly. I especially enjoy mandatory obstacle completion courses, because you really need to balance that strength and speed training to be able to do well at both.  The feeling of crossing a finish line after pouring it all out on the course is something you can’t buy or replace with material goods.

I love the sport aspect of it, but the community makes everything that much better and will keep me coming back long after my athletic ability starts declining.  It is the only sport I’ve been a part of where people are overwhelming positive and encouraging to each other…even between competitors mid-race.

What is your most memorable OCR race/moment?

My most memorable OCR moment was a charity event I created called OCR America.  Looking to emulate ultra-athletes from other sports (Dean Karnazes– ultra-running, James Lawrence- Iron-distance triathlon), I decided to attempt a marathon length OCR seven days in a row at seven different venues.  The event started in Vermont at a Tough Mudder and then used permanent OCR courses spread between there and Oklahoma concluding at Conquer The Gauntlet, Oklahoma City. 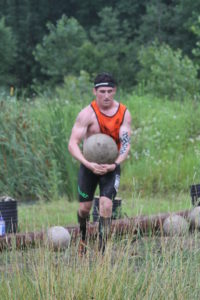 For seven days all I did was run in circles doing obstacles for about 7-10 hours a day, then get in a van with my pit crew and drive to the next permanent race facility.  In the end I would run 161 miles (23 mile a day average), complete 1000+ obstacles and climb 31000+ feet of elevation.  The event raised $3500+ for the charity Folds of Honor (scholarship money for children whose parents were wounded or killed in US military service).

The final lap of the week I had around 25 athletes from Conquer The Gauntlet run the course with me.  It felt like more of a party than an ultra-endurance event and remains my favorite OCR memory.  Plus, laying down and not moving after seven consecutive days felt pretty good.

What are your goals for the season?

In the spirit of Ultra-OCR, I’m attempting an event that is twice as long as any other OCR I know about.  From August 24-26, I’ll be multi-lapping Conquer The Gauntlet Tulsa non-stop for 48 hours hoping to set a new record for total distance in OCR and longest time spent on a course.  The event is called Endure The Gauntlet.  Athletes can join me for a lap (or two or ten) or show their support by donating here.  Just like with OCR America, I’m raising money for the charity Folds of Honor.

Besides that, I have a normal OCR schedule filled with races including Conquer The Gauntlet, Dirt Runner, North American OCR Championships as well as some others but my ‘A’ races are the 8 hour Toughest Mudder and the 24 hour World’s Toughest Mudder.

Take us through a typical day for you.

In a typical day I wake up early for my cardio/endurance training, which primarily consists of running.  Depending on what races are next in my schedule will determine if I focus primarily on long slow distance or do interval training.  Usually the run will be about 10 miles, plus or minus a couple.

Afterwards I head to work as an active duty member of the US Military.  I usually bring my own lunch and eat at my desk because it is healthier and more time efficient.  In the evenings I head back out for a second training session. Usually the second training session is strength training only; I sometimes add in cross-training via spin cycling or if I thought my mileage was low that morning, go for a second short run. Then I had home to spend time with my wife and daughter.

In a week I’ll take 1-2 complete rest days.  Other than that, I save my long runs for the weekends, often trying to due back to back long runs on Saturday/Sunday to build that ultra-endurance without destroying my body or motivation.

How does RockTape help you meet your fitness goals? 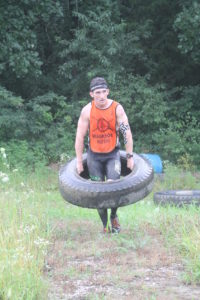 RockTape is the perfect product to keep in your gym or race bag because it is an instant solution to last minute problems.  For the price, you can’t beat it.  One roll can help relieve discomfort* and mitigate issues on any part of your body. There isn’t another product that fits in your pocket that is as versatile.  It replaces a gym bag worth of bandages, wraps and supportive devices. Furthermore, it can be used anywhere. As an OCR athlete who spends his weekends crawling through mud, jumping off heights into water above most people’s comfort zones and racing all day, RockTape stays on providing support longer than any other product.

What is your favorite RockTape product/tape pattern?

My favorite RockTape product is a combination of RockSauce Fire and RockTape.  The RockSauce Fire is a topical ointment unlike any other.  You can really feel the heat from the capsaicin, which lets you know it’s working.  Plus it was designed to work with RockTape, so you can put both on at the same time and the RockTape doesn’t fall off.

As a member of Conquer The Gauntlet Pro Team, having a couple of our athletes certifiedin the Basic RockTape FMT course and one certified in the Advanced course means we can easily help each other out by applying RockTape and bouncing ideas off each other.  If you are part of any OCR team, gym or just a training group, I highly recommend getting one person certified and having everyone reap the benefits.

Who is your fitness role model/ whom would you most like to meet in the fitness industry?

If I had to pick one, I would go with the Ultra-marathon man Dean Karnazes.  I’ve met him and run with him before back in 2006 in Boston when he did 50 marathons in 50 states in 50 days.  I was just getting started back then and have used the path he created in ultra-running but applying it to OCR instead.  Just like him, I’ve written several books (Strength & Speed’s Guide to Elite OCRand Mud Run Guide’s Ultra-OCR Bible), have my own brand/website (Strength & Speed), and engage in ultra-distance challenges (OCR America, Ultra-OCR Grand Slamand Endure The Gauntlet).  I find him inspirational as an athlete, business man and family man.