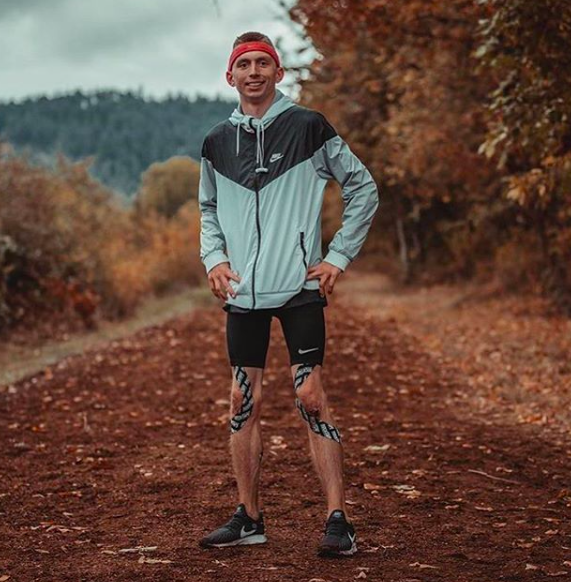 Meet Justin “Magic” Gallegos, a young athlete who has not let his battle with cerebral palsy deter him from pursuing his dream of long-distance running. Born in 1998 in Santa Clarita, California, the future runner was diagnosed with CP at the tender age of 3.

Growing up with Cerebral Palsy

Justin spent most of his childhood in an equestrian therapy program designed for children with special needs. He lovingly states, however, that his childhood overall was “pretty normal” — his parents never treated him as a victim nor “acted like those parents [who] tragically got stuck with a child with a disability.” He speaks of the “special bond” that he and his father held and the loving support of his mother in the face of his unique challenges — two factors that have molded him into the role model that he is today.

Learning How to Move

Justin’s original plan for sport included playing high school football; his health condition, however, dictated otherwise. While not initially “eager” to begin cross country running, Justin initially struggled with his body’s reluctance to learn the biomechanics needed to perfect his own unique stride. He speaks of falling “two to three times a week,” his “bloody knees,” and of how his body simply needed “repetition” in order to grow stronger. Never a quitter, Justin made it his goal to become more active and get used to the “movements of running by doing it day in and day out.” Little did he know that his desire for a stronger body would turn into a passion that would change his life forever. 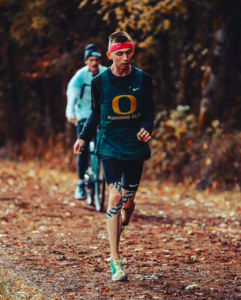 “The University of Oregon has always been my dream school,” Justin states. The young athlete, greatly motivated by other people’s experience at U of O and his own exposure to the college’s running culture, set his sights on attending the school himself. “One day I will be there,” Justin would tell himself. And get there, he did. Justin now runs for the University of Oregon running club.

A Day in the Life

As a college athlete, Justin fills his days with food, classes, homework, and practice. Justin continues to keep his studies a priority but also greatly enjoys the life he has built in Oregon with his running career. He continues running cross-country and 1500-meter track routes but is falling more and more in love with both distance and trail running. 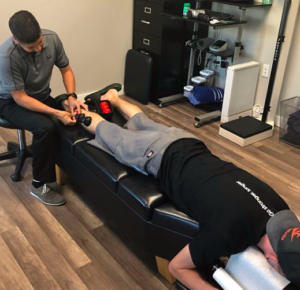 Justin completed his first half marathon last year at 2:03 — a time he plans on beating in 2019. Regarding performance anxiety, Justin simply states that “conquering your nerves and fears is a part of training” and that we must face those fears head-on. The young athlete plans to increase both speed and mileage in all his runs and is intent on running a full marathon this upcoming year.

Due to the nature of his physical condition, Justin often struggles with tight legs and hips; however, he does not let anything hold him back. Treatment with RockPods and RockTape have helped with tightness. RockSauce “gets the job done” when it comes to muscle recovery, he says.

Justin speaks highly of David Goggins, an author, motivational speaker and distance athlete himself. This former Navy SEAL’s stand against victimhood inspires Justin to “look in the mirror and own it” (our situation in life) and refrain from playing the blame game. Justin also notes that he has “learned that we have to be our own hero before we can look up to others.” Indeed, there is much to be learned from this young man’s wisdom, heart, and perseverance. Justin Gallegos is a brave and talented athlete who is truly running towards greatness!